I've always loved the Warner Brother's shorts and admired the work of Director's such as Chuck Jones and Tex Avery. The characterisation and timing in those shorts are spot on. My favourite are the Road Runner shorts, but I also like Bugs, Daffy and the rest of the gang.
While I was at Film School I was looking forward to meeting Chuck Jones at The Cambridge Animation Festival in 1985. Unfortunately I wasn't very well so was unable to make it, but my friends at Film School kindly asked him to sign me a couple of get well wishes! 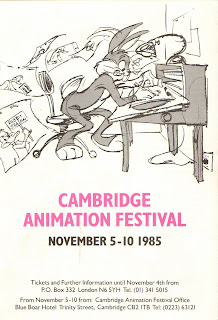 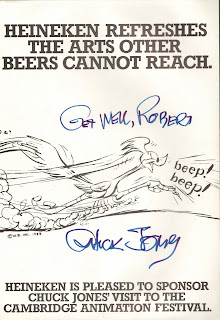 I then wrote to Chuck Jones and asked him if he would be so kind as to draw me a Bugs Bunny and to write on it. "Animation is long, life is short" Which was a saying my Lecturer was always saying. Chuck sent me back a Bugs Bunny drawing and wrote on it "Animation is life, life is only short if you make it so" Which is wise words indeed! 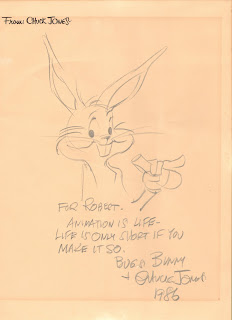 Then in 1992 I finally got the chance to meet Chuck Jones as he visited The Dave Edwards Animation Studio, Cardiff, Wales, UK where I was working at that time. Chuck was a guest at the Cardiff Animation Festival. 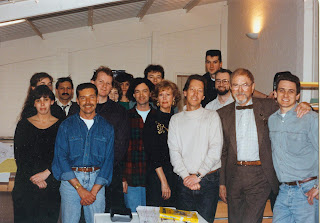 Then in 1995 my ultimate dream came true when I animated on his Emmy Award winning film ~ "Chuck Jones Peter And The Wolf" which was being animated at Cosgrove Hall Films Ltd, Manchester, UK. 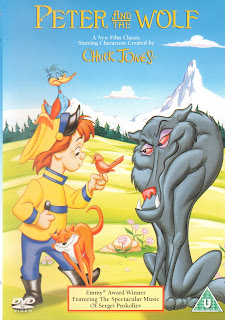 Posted by Robert Brown Animation at 22:18 No comments: